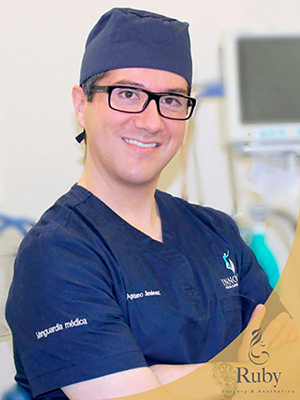 (2 reviews)
Learn More Request Info Chat With Us
We shape your desire ... Live it with passion ... ! Ruby® Surgery & Aesthetics is a premier plastic surgery center located in Guadalajara, Mexico. Our center is headed by Ruben Agredano Jimenez, MD one of the best Board certified plastic surgeon of the country. Our team of QUALIFIED and BOARD CERTIFIED professionals specialize in facial surgery & minimally invasive procedures, body contourin

Friendly, helpful. I would not go to anyone else given the choice

(2 reviews)
Learn More Request Info Chat With Us
A hospital where you can experience quality premises and services converge, and where one can find the disposition and warmth that allow us to thoroughly accomplish both your utmost welfare, as well as your family's, during your hospital stay. Experience affordable Cosmetic Surgery, Bariatric Surgery, and Orthopedics Surgery in Mexico.

I had a great experience. Despite being in discomfort due to my ailment, sincere efforts were made to make me comfortable. My concerns were addressed and I participated in care. I had an uneventful surgery, pre-op medications were pushed without the 'Burn'. Post-op pain management kept me comfortable.

Not reviewed yet
Learn More Request Info Chat With Us
Bypass Gástrico Mérida, located in Merida, Mexico, offers a wide range of obesity and diabetes using cutting-edge technology. The health professionals here are known to treat patients from all over the world at affordable packages.

The doctor was great but the nurses need some more education

Reach your Perfect Smile: Before and After Dental Procedure in Sani Dental Group, Mexico

Patient chose Sani Dental Group in Mexico to fix his dental problem. Check out his before and after perfect smile pictures.

Before and After Nose Job in Colima Mexico

Here are some before and after images of nose job procedure done at Cirugia Plastica Colima, Mexico.