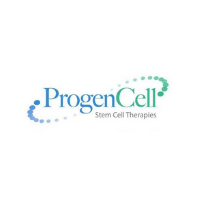 Story of Patients with Autism Spectrum Disorder in Tijuana, Mexico

In 2010 I begin obtaining any and all information I could about stem cells. I educated myself on the various types of stem cells and the treatments offered from many clinics around the world.

After reading many published research papers about stem cells and talking with many parents who have visited stem cell clinics for their children; I felt I was able to make an informed decision on a clinic to take my daughter G to. She was 5 yrs at that time.

We chose ProgenCell. From the day I called the staff were very helpful and knowledgeable. All of my questions where answered in a very timely manner.

We flew across the country and arrived at the San Diego Airport. There we were promptly picked up by a driver and taken across the Mexican border to our Hotel. After getting settled into our hotel we then were driven to the ProgenCell Clinic where we were introduced to all of the staff and the Doctors.

ProgenCell´s doctors took their time in answering any questions I may have had. They where also reassuring that the procedure was a routine procedure and that it was safe.

The next day my daughter had her procedure. All went as I was told it would go. We then returned to the hotel to rest. The next day we left for home.

That is when the first miracle happened. At the airport I bought an activity book for my daughter. While on the plane she took my finger and pointed and read the words of all the colors! G then properly matched the words of the colors to the colors of a picture of a rainbow on the same page! I did not even know my daughter could say the names of colors or even read them for that matter!

When we returned home my husband could see a difference in her. She just seemed to be more aware.

We returned on a Thursday and by Saturday my daughter started sleeping through the night! Before she had been a horrible insomniac!

My daughter is in a special CDC kindergarten class at her school. Before stem cells she could barley do any preschool level work. G is now doing many on level kindergarten skills! My daughter is also a little wiz on the computer when before she could not even maneuver a mouse!

We have received two stem cells treatments with ProgenCell. And have been happy with the results. Yes my daughter is still autistic. But her and our lives have been made easier with the help of stem cells and Doctors at ProgenCell. At this point in time I Truly Believe that Stem Cells are the Best treatment available for Autism."