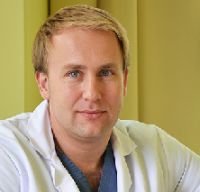 (3 reviews)
Learn More Request Info Chat With Us
Dr. Alejandro Paredes is one of the best plastic surgeons in Mexicali, Mexico. He has graduated the Institute of Reconstructive Surgery De Jalisco in 1987 and since then he has opened his plastic surgery clinic, where he and his team offer various cosmetic procedures, performed with modern equipment.

(2 reviews)
Learn More Request Info Chat With Us
A specialized Stem Cell Therapy and Cancer Treatment clinic in Tijuana, Mexico which have been successfully treating patients for the last 3 decades. The clinic is headed by Dr. Rivkah Lopez who believes in offering a targeted and customized treatment plan to her patients as well as a supportive after-care program.

The doctor called me on the date and time she said she would. The only issue I had was that several times I sent them an email and it bounced back as undeliverable.

Before and After Dental Crowns in Croatia at Smile Studio

Smile Studio is among the top dentistry clinics in Croatia where dental technicians and top stomatologists put the smile back on your face with dental crowns.

Dental Crowns at Smile Studio in Croatia are created and fitted by abiding to the highest standards and using advanced technology.

See these before and after dental crowns images from the clinic.

For many years, I suffered with severe Rheumatoid arthritis which affected my knees most of all.

Comprehensive Treatment for Stroke at BPIH

Mrs. Prasad’s, a 60 years old female patient from Canada suffered for more than 10 years from the after-effects of a cerebral stroke. Learn about how she recovered and once again created a joyful atmosphere in her home.

This is the testimonial of a patient who has had knee surgery at Dr. Jose Manuel Hernandez in Puerto Vallarta, Mexico.