Specialist in General Surgery and Gastroenterology

BIOGRAPHY :
Bachelor of Medicine and General Surgery
Doctorate in Medicine and General Surgery
Specialist in General Surgery and Gastroenterology
Master in Cosmetic Surgery
With license number 363604489
Bachelor of Medicine and Surgery from the Complutense University of Madrid, 1980 (with the qualification of Outstanding). Examination to extraordinary Award of Degree.
Doctorate in Medicine and Surgery from the Complutense University of Madrid in 1989, with the qualification of apt Cum Laude, doctoral thesis in the Pabellón de Cirugía Experimental of the Gregorio Marañón Hospital in Madrid, Complutense University of Madrid (Surgical Infections).
Medical Assistant Surgical Team - Ayte. of General Surgery - Team Dr. José Luis Barros Malvar, Ambulatory "Hermanos García Noblejas", Madrid, by the Ministry of Health and Consumption, National Institute of Health, dated January 31, 1983
Specialist in General Surgery and Gastroenterology at the Complutense University of Madrid in 1986, after the Residency, MIR system, performed at the Gregorio? Marañón Hospital (1982-1986 both inclusive, five years)
Optional General Surgery Specialist assigned to the General Surgery Service of Da Costa Hospital - Burela, Lugo, and its health area of ​​the Provincial Directorate of the National Institute of Health - INSALUD - of Lugo, 1987-1990.
Head of Section of General Surgery, Meixoeiro University Hospital of Vigo. Galician Health Service, General Directorate of Human Resources, dated June 9, 1995. Accreditation by the Ministry of Health for the training of Residents MIR system - Ministry of Health .
Master's Degree, University degree, expert degree in Aesthetic Surgery from the Rey Juan Carlos Public University of Madrid
Fellow of the American College of Surgeons - FACS, currently Life Fellow, American College of Surgeons, since October 29, 1998, granted in Orlando - USA
American Board of Laser Surgery, by oral and written examination, having satisfied all the requirements and successfully passed the examination is hereby awarded the Board's Certificate in Laser Surgery and Medicine in General Surgery, signed this 26th day of February, 2002.
Workshop course Practical theoretical seminar on uses and applications of Botulinum Toxin in Aesthetic Medicine at the University of the Balearic Islands. February 13, 2011.
American Board of Laser Cosmetic Procedures. Cosmetic surgeon.
European Board of Surgery - European Board of Surgery.
Fellow Australasian College of Cosmetic Surgery, (degree number: 046), by examination, dated October 19, 2002, having fully met every year (2003, 2004, 2005) the requirements of the College, including Continuing Medical Education and recertifications
Accreditation of having met and completed the requirements in Continuing Medical Education at the University of Texas Southwestern MedicalCenter - USA, in General Surgery, since 1991
Having passed the corresponding tests and exams (International Education Committee) to be Clinician in the Departments of Surgery, of the New York Hospitals (New York-USA), Memorial Sloan Cancer Kettering New York-USA), Mayo Foundation (Rochester Minnesotta - USA ), San Francisco University of California - UCSF, Mount Zion Medical Center, San Francisco - USA), for 10 years. 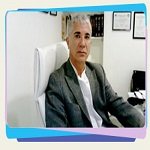