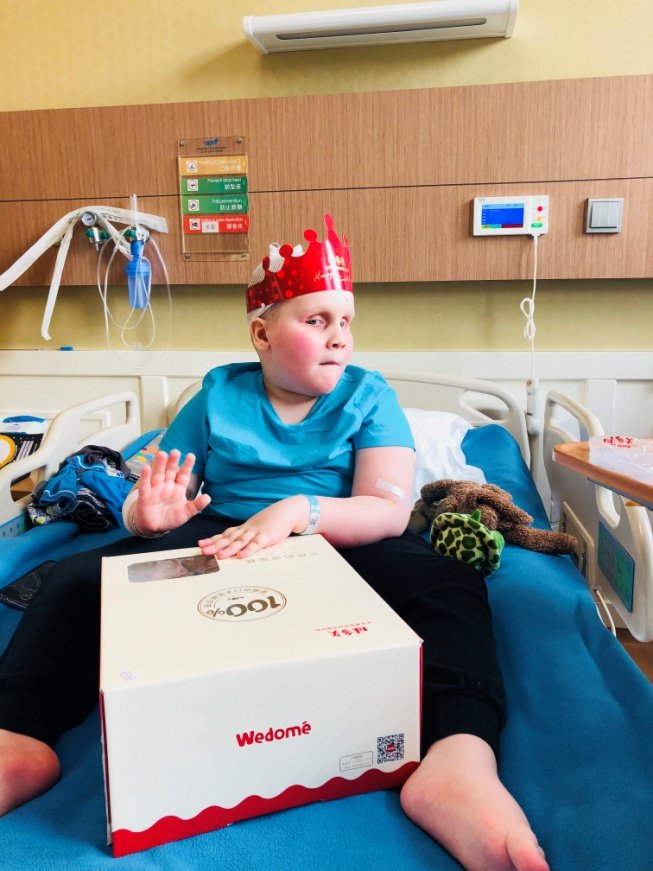 The patient was first admitted to Beijing Puhua International Hospital due to delayed development in speech, cognition and mobility after birth.

The Russian boy wearing a birthday hat on the picture is our old friend, Saveliy. It’s been 5 years since he first came to puhua hospital to receive treatment. During his 4 the treatment, the hospital staff celebrated his mother’s birthday. In the birthday party he was playing drum with the birthday cake box.

When Saveliy was born in 2008, he was diagnosed with cerebral palsy and his development was slower than normal children. At admission Saveliy was alert, but had slow reaction to the outside world, and poor in terms of cooperation. His pupils were equal and round, 3.0mm in diameter, with sluggish response to light. Eye movements were over-active. He couldn’t see at that time.

On admission, the patient could raise his head for only a few minutes. He could sit by himself with crossed legs for only a short time, and had poor ability to support his trunk. Few autonomous activities were noted in his arms. He might to try to grasp things with his right hand, but his movements were too clumsy to succeed. He tended to put his hands on his eyes. Extension and flexion were noted with the lower limbs, but he generally kept them in flexed position. He was able to raise his limbs from the bed, but unable to crawl. The patient was uncooperative with the muscle strength examinations. Muscle tone was low in all four limbs. Tendon reflexes were basically normal. Abdominal reflexes were absent. Pathological neurological signs were not elicited. Bilateral plantar reflexes were present. The patient had response to the painful stimulation, but he could not cooperate with the tests of coordinating movements.

After the second round of stem cell therapy, the child’s overall condition was better and he had quicker responses to the outside with more facial expressions. He was more cooperative with examinations. He could say “mom” clearly. Strength in his neck and trunk has been increased and he began to raise his head and sit by himself longer. He had more self-actuated movements in arms and his both hands were better able to grasp objects. His lower limbs could be kept on the bed straightly and naturally. He began to crawl and he began to be able to stand for several minutes.

After returning back home, Saveliy’s parents continued his rehabilitation training. Before his third treatment, he could stand by himself, and in fact began to walk 40~50 meters with assistance.

After the third round of Treatment (Minimally Invasive Brain Surgery), the child’s general condition is very good. He is more sensitive to surroundings, and is able to walk with more strength. Now he can pronounce overlapping sounds such as mama, etc. His family are very excited about his new improvement.

Pic 4 He can sing songs.

On May 2017, Saveliy came back with his parents for the third treatment. On June 14th 2017, Saveliy’s mother sent a letter to us. She told us about Saveliy’s improvements after discharge. He walked stronger with more confident. His left hand became more flexible, he was able to grab toys, eating with both hands. Furthermore, he was more sensitive to outside world. He could response to questions faster, as well as became more responsive to light and had good light perception. Saveliy is also more friendly and active to people and surroundings. 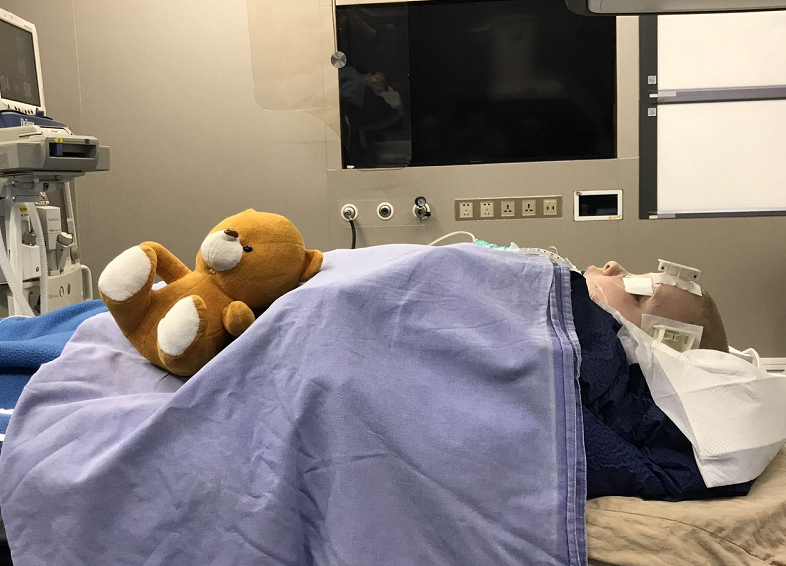 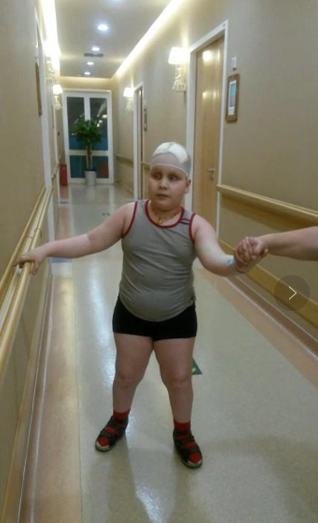 At the end of December 2017, Saveliy and his parents came back to Puhua hospital to complete his forth treatment.

In March 2018, his parents came to visit the hospital and told us about his good news again: Currently Saveliy could distinguish the colors like red, green and black and he also could paint with a colored pencil.

The most exciting news is that he was accepted by a local professional music school. And he will be able to start school in September next year. 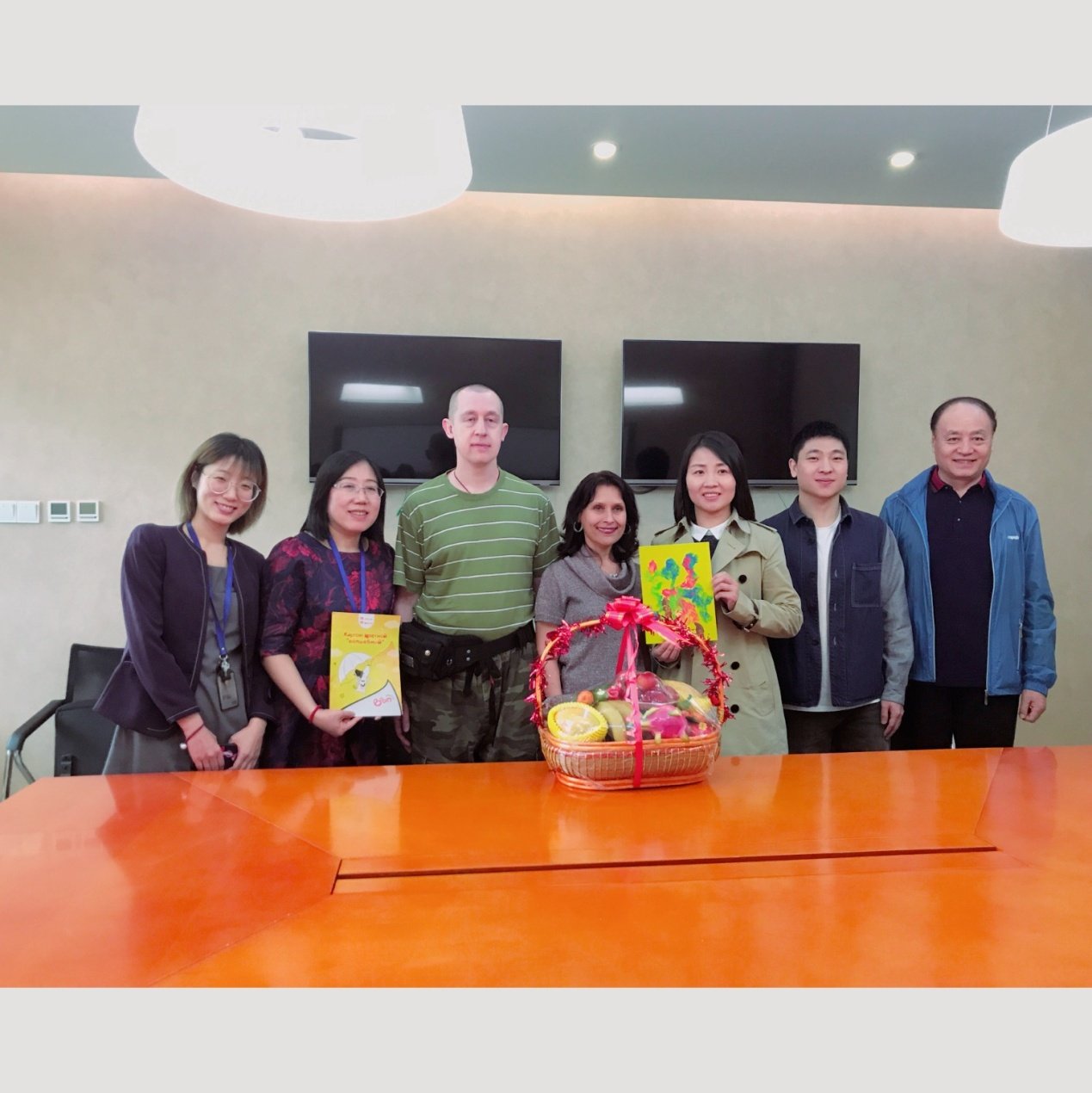 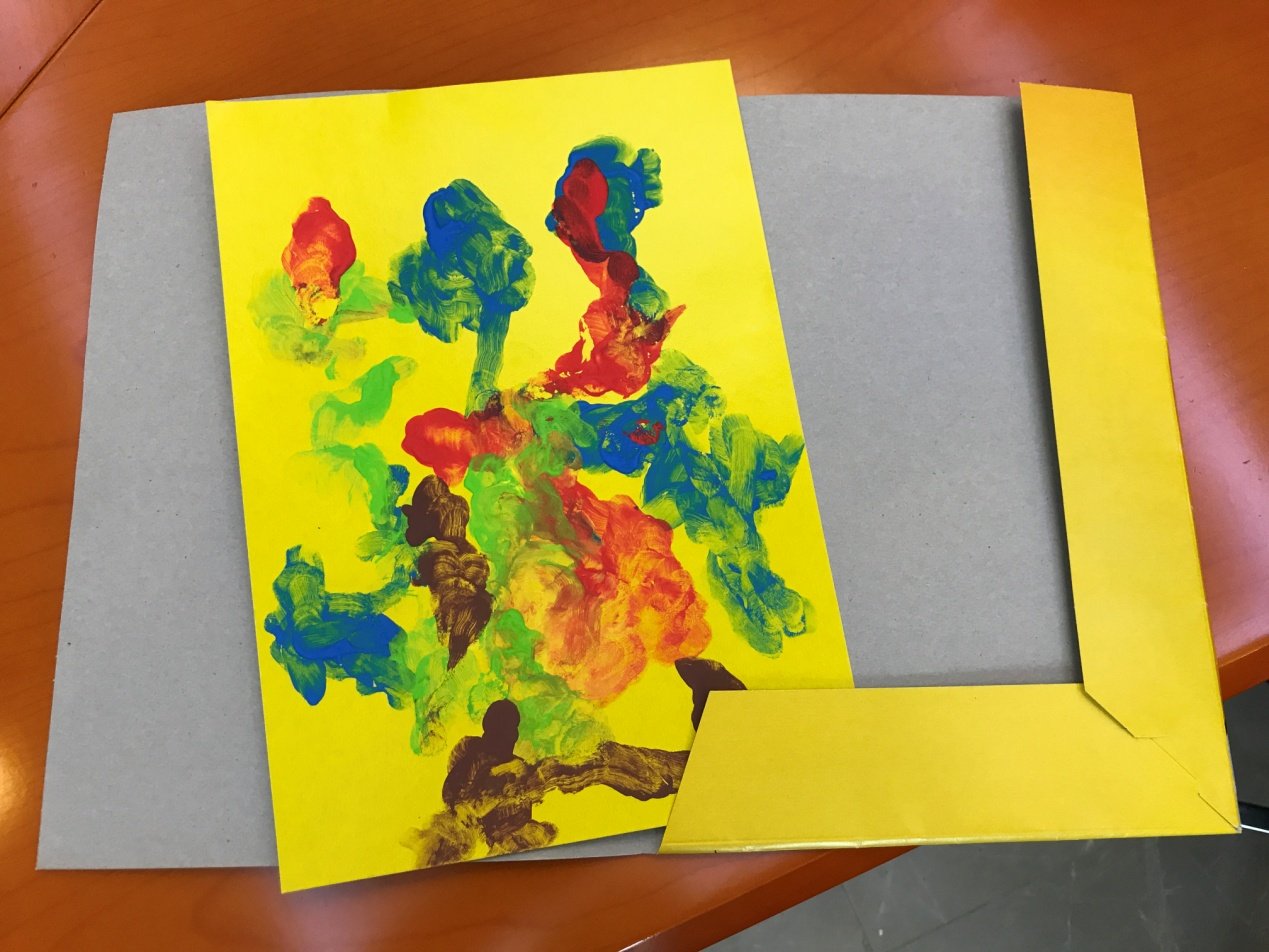 Puhua’s medical staff have developed a warm friendship with Saviely and his parents during 5 years. We are all pleased with his continuing improvements and we hope that he could create miracles in coming days and write a new chapter for his own life.

Click the button below to learn more about cerebral palsy treatment at BPIH and its other options:

Kyrenia IVF Center offers an all-inclusive package for IVF with Gender Selection Package in Cyprus a...

Are you looking for a Cheap place to get all on 4 dental implant package? This package is available...

Wilderman Medical Clinic brings the most affordable package for pain management with ultrasound-guid...

Are you looking for Lung Cancer treatment with CimaVax Vaccine? Visit Cuba to get the best package ...

Your Guide to Choosing Tummy Tuck in Dominican Republic

Are you dreaming of having a slim and firm abdomen? But high costs of plastic surgery make it even ...

Looking for an affordable place to get a breast augmentation? Look no further than South Korea! Brea...

Do you suffer from chronic knee pain and can’t afford knee replacement surgery in your home countr...

If you are looking for Stem Cell Therapy for Cerebral Palsy in Tijuana Mexico, then look no further....