Type 1 Diabetes Can Be Caused by Heavy Metal Contamination

Diabetes incidence is increasing drastically. Diabetes I can be caused by an incorrect autoimmune response, generated by the presence of the heavy metals in the tissues. In Germany you can find effective treatment, delivered by a highly motivated team, in a pleasant atmosphere.

Uncontrolled industrialization has released heavy metal pollution in the world, which can have many adverse health effects, such as damaging organ functions. Several studies have indicated that the deficiency and efficiency of some metals may play a role in the development of diabetes.

There are two basic types of diabetes, type 1 (autoimmune) diabetes and type 2 (insulin resistance) diabetes. In type 1 the body’s immune system attacks its own insulin producing tissue, while type 2 involves metabolic failure related to poor diet, obesity, environmental factors, and genetic susceptibility. Those who have either type 1 or type 2 diabetes have been found to be more likely to suffer from other chronic conditions including heart disease, strokes, kidney disease, Alzheimer’s, eye conditions and blindness.

The most common theory as to why type 1 diabetes forms is the destruction of the beta cells. There are several potential causes.

While dairy proteins may be the main cause of food allergies, they are not the only cause. Basically, the body’s attempt to deal with whatever food allergy, may accidentally destroy the beta cells in the pancreas. An interesting fact about food allergies is that a person craves the foods they are allergic to!

While a virus is a major cause of type 1 diabetes, there are several other microbes that may cause it. Microbes are capable of getting inside of cells, and in the case of beta cells it is possible their presence stops the production of insulin.

The presence of microbes or heavy metals in the pancreas may create inflammations that inhibit the ability of the beta cells to create or release insulin.

Though our bodies require some metals in varying amounts, overexposure can cause illness and even death. What constitutes overexposure depends on the type of heavy metal. Heavy metals are elements with a high atomic weight and a density at least 5 times greater than that of water. Present in toxic waste, they enter the body through the food chain and accumulate in both hard and soft tissues. Other heavy metals, such as nickel, can cause toxicity, but people are less likely to encounter them at toxic levels.

Acute heavy metal poisoning occurs when a person is exposed directly to toxic levels. Signs and symptoms occur within two weeks after exposure and become severe. Chronic poisoning occurs when a person is exposed to non-toxic levels over a period of time, possibly even years, until they reach toxicity levels in the body. Here are some of the signs and symptoms of acute and chronic heavy metal poisoning, which may develop over years.

The prevention and treatment of diabetes requires a multidisciplinary approach. Major lifestyle changes are necessary to deal with this chronic disease, meaning providers need to interact with patients in multiple settings.

German International Clinicin Frankfurt is one of the leading centres in Europe for the treatment and research of diabetes and its related diseases. Since the incorrect autoimmune response can be caused by contamination with heavy-metals (can happen during infancy with breast-milk, if the mother is contaminated), the clinic’s medical team is able to check this and use their "ultimate blood-cleansing" to remove the heavy-metals from the blood stream. This procedure costs around 3.910 EUR ($4,316).

For your information, before treating diabetes I with stem-cells, it is always necessary to check the remaining functioning of the pancreas, because when there is nothing left to be built-up, even stem-cells won't work! To check this, ask for analysis of C-Peptide and Pro-Insulin as indicators as well as the untrasound/CT.

Dr. Siebenhuener, Director of the German International Clinic, warmly welcomes patients to his private practice at the clinic and hopes that the experienced and friendly team will help patients regian their health. The clinic offers a comfortable atmosphere and a finely tuned color scheme which helpes people recover.

Get in touch with a medical tourism company, in order to find out more about the chronic disease Treatment in Germany. PlacidWay focuses on helping patients find the best solutions that fits their needs. No matter what type of treatment you are looking for, this medical tourism company will be able to offer you high quality, affordable packages.

Finding diabetes 1 treatment abroad has to be assisted by a professional team, so that the patient will get the best out of this experience! Do not hesitate to contact us! 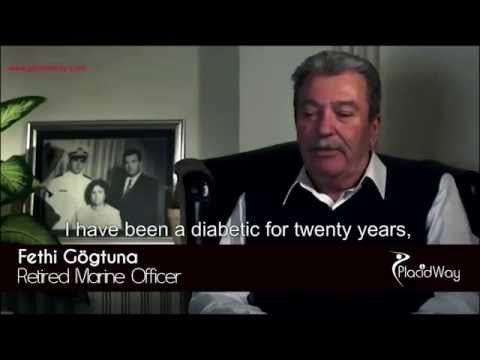 Type 1 Diabetes Can Be Caused by Heavy Metal Contamination

With the competition ever growing within the globa...

Obesity is caused in many cases by bad eating h...