Dr. Job Simon is an American Board certified in Internal Medicine and in Diabetes & Endocrinology. ?He completed his MBBS from Christian Medical College, India in 1991. ?After working in India for 2 years, Dr. Simon moved to the USA where he took a 3-year residency program in Internal Medicine at the Stonybrook University Hospital - State University of New York. ?In 2000, he became a fellow in the Division of Endocrinology and Metabolism at Winthrop University Hospital, New York, USA. ?In 2002, he received further training in Endocrine Oncology, Thyroid Cancer, and Nuclear Medicine at Memorial Sloan-Kettering Cancer Center, New York, USA. He then worked as a Consultant Endocrinologist at the Center of Excellence in Diabetes, Mount Sinai School of Medicine at Queens Hospital Center, New York, USA. ?For 7 years starting 2003, Dr. Simon held post as a Consultant Endocrinologist in a tertiary referral center for oncology based in Al Ain, UAE. ?He was involved in Diabetes, Endocrinology, and Thyroid Oncology; and in evaluating morbidly obese patients before Bariatric Surgery. ?In 2012, he moved to a large government hospital in Abu Dhabi as a Consultant Endocrinologist and Chief of the Endocrine Division. 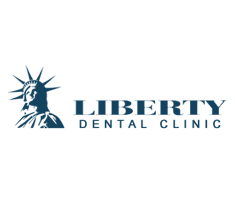 Before and After Photos Dental Implants in Istanbul, Turkey

See here before and after photos of various patients who have trusted in DENTART Implant & Esthetic Dentistry for their Dental Implants.

A 93-year-old patient has removed two meningeoma successfully at Beijing Puhua International Hospital. This is the most senior brain tumor patient Puhua has operated. Now the patient has gone back to home happily with his family.

Things to Know About Dental Implants in Abu Dhabi, UAE

Dental Implants is quite a popular orthodontics procedure in Abu Dhabi, UAE. Read more to know about it in details.

Best Information on Cost of Bariatric Surgery in Dubai