She did her M.B.B.S from University of Delhi, New Delhi, India in 1986. She also got Certificate on Tropical Medicine & Health from Mahidol University, Thailand in 1987.

She did her M.B.B.S from University of Delhi, New Delhi, India in 1986. She also got Certificate on Tropical Medicine & Health from Mahidol University, Thailand in 1987. 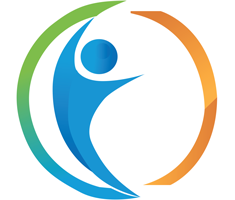 (2 reviews)
Learn More Request Info Chat With Us
German International Clinic is the perfect combination of holistic and alternative medicine. Moreover, they are famous for successful cancer treatment. Dr. Siebenhuener, warmly welcomes patients and wishes them a speedy recovery.

Excellent very helpful prompt feed back to my questions. All incidentals I am assured are taken care of with apparently no surprises to hidden costs or false expectations of a cure all. Cutting edge technology in the field of modern advanced medicinal procedures will reverse some of the affects of long term type 1 diabetes and greatly enhance better care and control of my diabetes. Still hoping that one day stem cell research will provide a cure. Jim Rollo

An image of before and after lip reduction surgery performed in Le Vira Clinic, Thailand.

The care I received throughout my stay was excellent. The operations were completed without complication.

Before and After Vaser Liposuction Mueang Nonthaburi Thailand

Here are only some of the vaser liposuction before and after pictures from patients who have chosen to undergo this procedure at Asia Cosmetic Thailand in Mueang Nonthaburi, Thailand