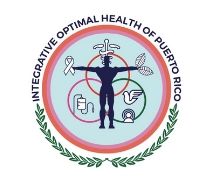 Not reviewed yet
Learn More Request Info Chat With Us
Medical Office of Integrative Optimal Health of Puerto Rico is dedicated to the diagnosis and care of patients with blood disorders and all types of cancer. Specialized attention to Breast Cancer, Gastrointestinal Oncology, and Genitourinary Oncology. Specialized Hematology Interest in Anemias, MDS, Coagulopathy, and Thrombophilia. We are dedicated to integrative medicine with a naturopathic docto

(3 reviews)
Learn More Request Info Chat With Us
Stem Cell Therapy of Las Vegas and Med Spa is a stem cell treatment medical center located in Las Vegas, Nevada, United States. They provide the latest technological solutions when it comes to stem cell treatments and extend their helping hand to all those in need. Find out more about them here.

if u intimate to me your procedure and success rate ,i will be able to intimate mine .during my research i have observed that medtcal peoplre more worriede eyabout money then treatment .i do not know what happened to human sympathy and brotherhood. treatment or no treatment but money ,money and money,if i am getting treatment.yes i will have to pay but do not snatch it.

(2 reviews)
Learn More Request Info Chat With Us
Dr. Alejandro Paredes is one of the best plastic surgeons in Mexicali, Mexico. He has graduated the Institute of Reconstructive Surgery De Jalisco in 1987 and since then he has opened his plastic surgery clinic, where he and his team offer various cosmetic procedures, performed with modern equipment.

It has been a pleasure to open a dialogue with this doctor to ask my questions. Thank you for being patient and understanding as this is a huge commitment and financial investment for me.

Before and After Liposuction Surgery in Seoul South Korea

See here  Pictures Testimonials for enhancing patients body and life. Before and After  Liposuction Surgery in KohIksoo Aesthetic Clinic, South Korea of former patients who shared their success story with us!

Treatment of Lymphoma in Mexico

I feel alert, energized and so much more full of life than when I first came. And as we got to know most of the staff here, we felt a comfort level that eased our fears and frustrations. You all know just what my body needed and gave it to me.