Glenn C. Terry, M.D., is a U.S. Board Certified Orthopedic Surgeon and the founder of the GARM Clinic on the Island of Roatán, who brings global recognition from other Orthopedic Surgeons, elite athletes, and patients from all walks of life. Dr. Terry is recognized as one of the pioneers in the orthopedic field of Sports Medicine and is highly respected for his contributions to understanding the examination, the function and innovative surgical repairs of the anatomy of the knee and of the shoulder. Glenn C. Terry, M.D., has participated in, owned, and partnered in multiple medical facilities, all of which have strong reputations for excellence.

Dr. Terry’s contributions to the advancement of Sports Medicine and clinical research are fueled by a passion for thorough patient evaluation and proper diagnosis. Treatment protocols are thus designed around individual clinical findings in an effort to improve outcomes for all patients. It is because of this philosophy that Dr. Terry has been able to provide thousands of patients with the best possible chances for positive outcomes.

Fueled by a passion for a deep understanding of the functional anatomy and its repair combined with his dedication to academic research, Glenn C. Terry, M.D. has had a significant academic impact in Orthopedics and Sports Medicine including publications in some of the most respected medical journals. In addition, Dr. Terry’s participation in multiple international associations has resulted in a global reputation as a respected Orthopedic Surgeon and Sports Medicine expert.

Below is a short list of a select few of Dr. Terry’s contributions to Sports Medicine and athlete care:

Because of his passion for excellence, Dr. Terry decided to funnel his accumulated knowledge, experience, and enthusiasm for continued meaningful contributions into creating highly advanced, less invasive methods of treatment through the proprietary treatment protocols available at the GARM Clinic in Roatán. Dr. Terry’s vision has attracted leading physicians and surgeons across multiple disciplines who share in his philosophy.

Dr. Oksana Babula is highly qualified reproductologist. Now working in Latvia, she also gained a lot of experience in the USA. Dr. Babula got a very prestige FIGO funding to study and work in Cornell University. Only one gynecologist is the whole world 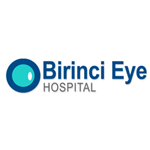 (2 reviews)
Learn More Request Info Chat With Us
Nowadays, health and youthfulness are two of the most desirable values, that is because in terms of healthy human development, well-being and a young appearance creates more success. In response to these needs, KCM Hospital was formed into the most modern international private Hospital in Poland, where the term healthcare finds a completely new meaning. Our Medical Team focus on fast and compre

(3 reviews)
Learn More Request Info Chat With Us
Stem Cell Therapy of Las Vegas and Med Spa is a stem cell treatment medical center located in Las Vegas, Nevada, United States. They provide the latest technological solutions when it comes to stem cell treatments and extend their helping hand to all those in need. Find out more about them here.

if u intimate to me your procedure and success rate ,i will be able to intimate mine .during my research i have observed that medtcal peoplre more worriede eyabout money then treatment .i do not know what happened to human sympathy and brotherhood. treatment or no treatment but money ,money and money,if i am getting treatment.yes i will have to pay but do not snatch it.