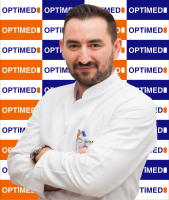 Dr.Kaman has been working at Private Optimed Hospital beginning around 2016. Being an individual from Turkish Surgical Society and Turkish Medical Association, he is accomplished in gastrointestinal issues.

Associations and Fellowships That Being Member:

Before and After Breast Augmentation Surgery Clinic | Istanbul, Turkey

Check Before & After images of Breast Augmentation surgery at Private International Optimed Hospital in Istanbul, Turkey.

Obesity Surgery Before and After- Top Clinic in Turkey

Check Before & After images of obesity surgery procedures at Private International Optimed Hospital in Istanbul, Turkey.

Before and After Nose Job - Plastic Surgery Clinic in Turkey

Check Before & After images of nose surgery rhinoplasty at Private International Optimed Hospital in Istanbul, Turkey.