Dr. Gustavo Yanez was named a

We live in modern times, and find our self’s in an environment that is rule by esthetics and beauty, wish take part of our life’s on a daily bases. Now we can find a surgical procedure to change those imperfections that we always notice about our self’s. 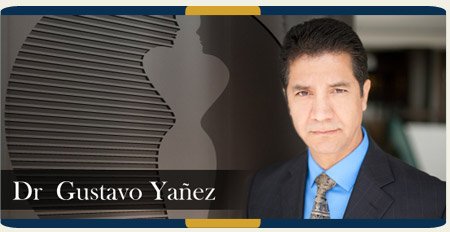 Dr. Gustavo Yanez has several studies in the field of medicine; he also holds a specialty in General Surgery, and later he perfected his studies in the specialty of Plastic surgery in the Institute of Reconstructive Surgery ¨Dr José Guerrerosantos¨ in the city of Guadalajara.

At the moment he proudly posess over 18 years of plastic surgical experience nationally and internationally.

Dr. Yañez is certified by the Mexican Association of Plastic Surgery (AMCEPER).

In Doctor Yañez Center, are offered a great variety of surgical procedures that can be applied on different parts of the human body, such as:

Why to Choose Us?

We are proud of our:

In Doctor Yañez Clinic, we offer a great variety of Cosmetic Surgery Procedures that will improve your already magnificent body, we garantee the results will go beyond your expectations.

In Doctor Yañez Clinic we care about our patients, we have perfected our services. All our patients will have a high quality surgery, and also a pleasant experience. 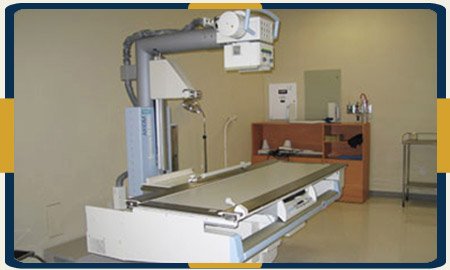 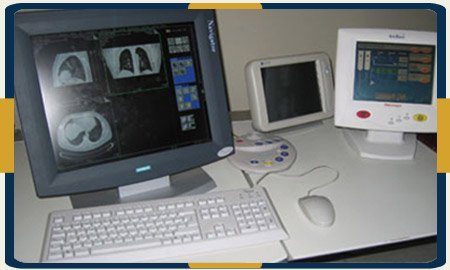 In Doctor Yañez Clinic we are capable of explaining detail by detail the entire surgery procedure so our patients can feel more confident and secure. 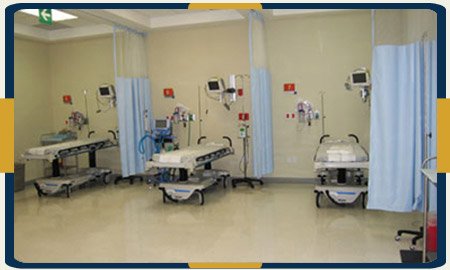 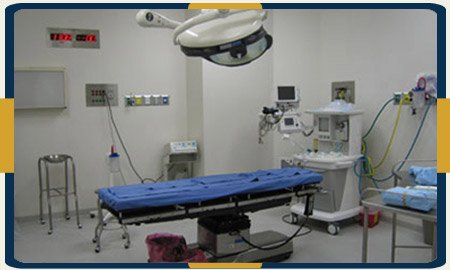 Our highly trained staff and latest technology will provide you with a great experience that you will not regret!

In Doctor Yañez Clinic, we offer a great variety of surgeries and procedures that can be applied on different parts of the human body, such as:

About Our Quality Services

We have perfected our service through the years, because of this our patients not only so they can have a high quality surgery, but also a pleasant experience.

Serve our patients in a professional way, explaining detail by detail the entire surgery procedure so our patients can feel more confident and secure.

About Our Great Staff

Dr. Yañez is who leds the Center, as an excellent doctor, he holds, at the moment, 18 years of  surgical experience, he also holds the Mexican Association of Plastic Surgery certification, given to him and his center because the high quality standards.

Dr Yañez performs state-of-the-art plastic surgery with the most advanced techniques in medicine and is committed to give patients total satisfaction.

In Doctor Yañez Clinic we are capable of explaining detail by detail the entire surgery procedure so our patients can feel more confident and secure.

Why to Choose Us?

We are proud of our: 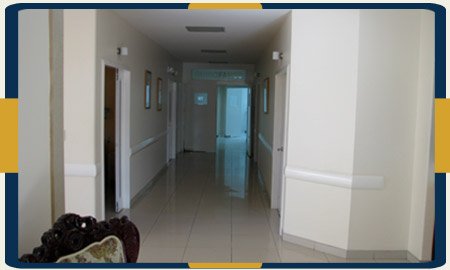 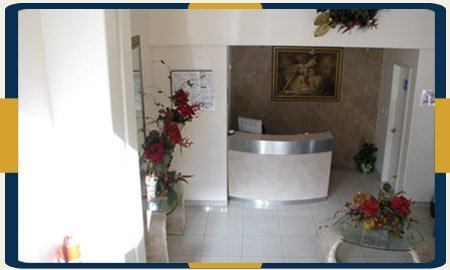 As our patient you will have a high quality surgery, with excellent professionals  and a pleasant experience!!! 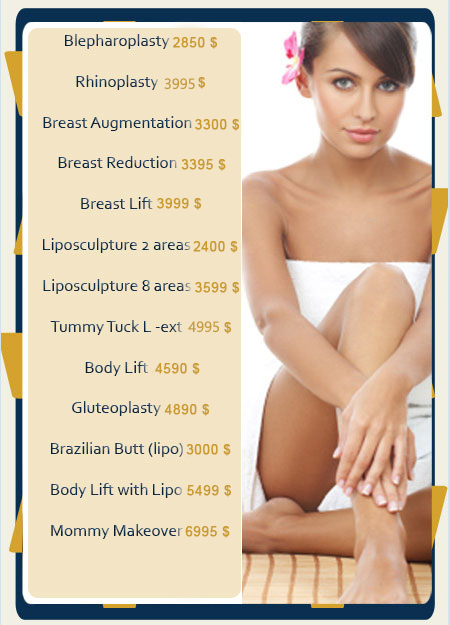 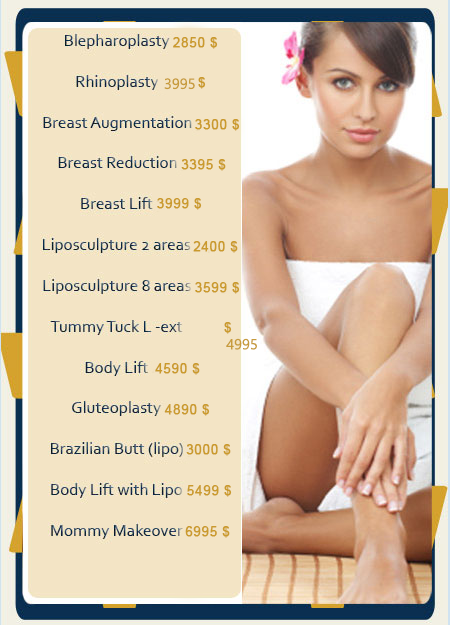 With this surgery we look for reinforce the muscle structure which holds the skin, living more stability and durability to the correction of flaccidity, reposition volume and areas which have fallen, like cheeks and mandibular line, eliminate exceeding tissues like fat, muscle and skin and notably reduce the diverse facial furrows.

Its purpose is to correct the aspect which looks old and tired that produces an augment in the flaccidity of the skin and eye lid muscles;  this can take place accompanied by the rejuvenation of other face areas too. In some cases the Trans Conjuntival Blefaroplasty is practiced, it which

consists in the extirpation of the eye bags without having to cut the skin.

This procedure can be exclusively for the eyebrows, it's used to lift them, with simple techniques; we may use conventional suture or a traditional technique with an incision that is made behind the line of implantation of the hair.

The most frequently this surgery is performed by changes that we find in this area, either for aging such as lost of elasticity and tone of the tissue or for genetic constitution; all of them can be improved with this procedure.

Rhinoplasty or nose surgery, is a complex procedure, because of the complexity of the nose structure: skin, muscular tissue, cartilage, bone, nerve tissue and fatty tissue.

We can achieve important modifications in the nose's form, shape, dimensions and nasal aspect, never the less the original structure must always be maintained.

This procedure, is well-known as Otoplasty, is generally carried out in children and adolescents who frequently feel “strange” or they are ridiculed by others due to their aspect of prominent, deployed or uncoiled ears, either to be very separated from the head or for the absence of some anatomical relief.

It is recommended that parents be attentive, about what it means for their children the fact of having “big or prominent” ears, a solution exists if one observes that there is anguishes in connection with this characteristic so notorious.

This surgery is performed because an attractive facial look is needed. It increases the volume on some areas like the chin, cheeks and mandibular angle wich these can be benefited with the addition of implants or facial prothesis.

Chin surgery can be done by maxilofacial surgery or with the addition of a silicon implant,  which is given the adecuate shape and size for each area of interest.

This procedure can be isolated or as a complement of another surgery procedure like nasal surgery or facial rejuvenation.

In this procedure, Augment Mammoplasty an addition of a prothesis or implants under the mammary gland or below the pectoral muscle with the purpose of increasing the mammary volume is done.

The mammary prothesis can also add some consistency or firmness. The most common points of entry are:

Breast Reduction is frecuently requested by patients who look to reduce its size and also to improve the shape and position of their torax, as well as to alleviate some hurtful annoyances like pain from column deformity. And of course for esthetic reasons which generate a negative image in teens as well as women of any age.

This surgery also lift and make the breast firm in case it has fallen and lost tone and elasticity in its skin and fat content as a result of gravity.

Breast Lift or Mastopexy has as purpose to reaffirm the breast that has fallen and lost tone and elasticity in their skin and in their fatty and glandular content, as consequence of several differen reasons, gravity, changes of weight,  pregnancies and age.

It is necessary to keep in mind that when carrying out a mastopexy not only we treat the skin, but rather the own mammary tissue that has fallen of position is also reconstructed, and then the skin should adapt to the new mammary cone, having a scar that will depend on the state of each patient’s skin.

In a man we can find an abnormal increase of the size of the mammary area which can be produced basically by hormonal factors and overweight.

This procedure can be unilateral or bilateral, frequently accompanied by overweight, reason why the procedure will reduce glandular and fatty tissue.

During the surgery, direct extirpation of the spare tissue is performed, which will reduce the size of the mammary area and will improve the quality of life and confidence of the patient.

Liposculpture is ideal for men and women who have relatively normal weight but have isolated lipid accumulation that make certain areas of the body look out of proportion. This surgery is generally the only way to eliminate fat deposits that are often passed down and don’t typically respond to diet or exercise.

The procedure can be done to patients of any age.

Also known as Brachioplasty, this surgery removes the flaccidity, skin surplus and the fatty tissue also.

The patient can obtain an important improvement in the contour of the arm, knowing that when exposing the arms there are possibilities of showing the some notorious scars.

When the patient is in favor of this surgery, is because he personally considers that a notorious scar is a better option then having a large amount of hanging skin. This is our ideal patient.

The combination of Liposculpture and dermolipectomy in the same surgery session that will allow us to obtain more firm and defined abs as well as a better definition of the waist and hips, giving a more integral result. The scars obtained by the Lipoabdominoplasty are of better quality because the nutrition of the tissue is better preserved.

With this surgery the flaccidity on the legs and the skin surplus and of fatty tissue, are removed, so the skin reaffirmation is achieved and the contour of the leg is improved.

Dr. Gustavo Yañez is certified plastic surgeon that takes pride in offering exceptional service to his cosmetic surgery patients which over the years has made him a highly-respected surgeon. 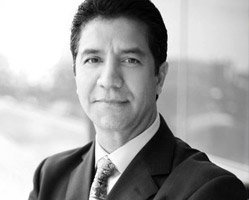 Dr. Yañez performs state-of-the-art surgeries with the most advanced techniques and high quality standards in medicine.

With 18 years of surgical experience, Dr. Yañez has performed surgeries in the best hospitals in the United States and Mexico.

Dr. Yañez has a flourishing plastic surgery practice in Tijuana that offers the latest cosmetic treatments to help you achieve the look you desire.

Dr. Yañez team also holds great experience, they will offer you a high level of customer service that ensures a pleasant patient experience.

Our team also hold certifications by the Mexican Association of Plastic Surgery (AMCEPER).

“Thank you very much Dr. Yañez, I almost thought that my face would not be the same after the accident, I really appreciate all your attentions and I hope you have a great day. My regards to Silvia and Marlene, tell them how great full I am.”

“I love the results that I have seen so far after surgery. It is exactly what I wanted and couldn’t ask for more.”

“Dr. I wanted to send you these email just to thank you on the great work you have done, after the surgery my self-esteem is much higher and I feel great, I love my results and hope to see you son.
Many Thanks.” 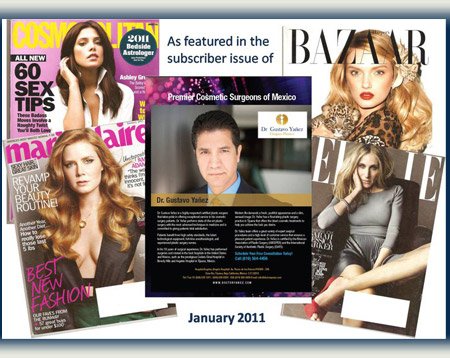 Rejuvenate your face with an affordable package for Eyelids Surgery in Mexicali, Mexico at $2,250! Check package inclus... 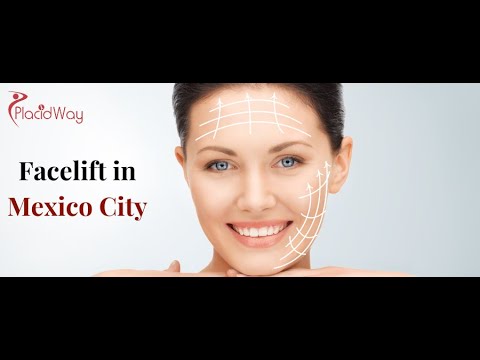 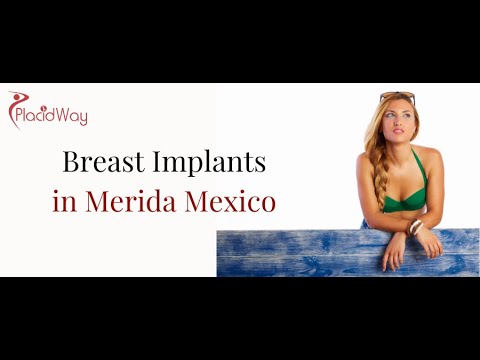 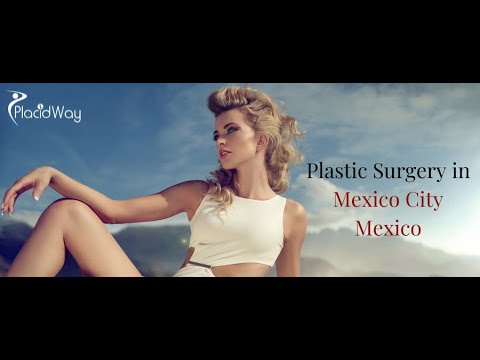 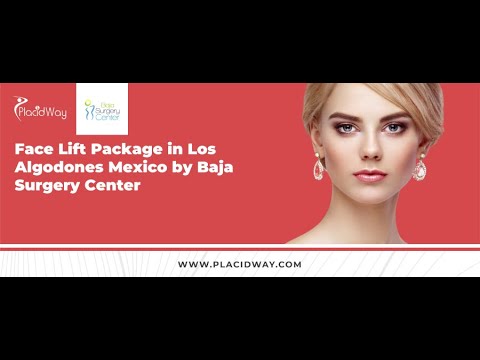 Tighten Your Skin with Face Lift in Los Algodones Mexico 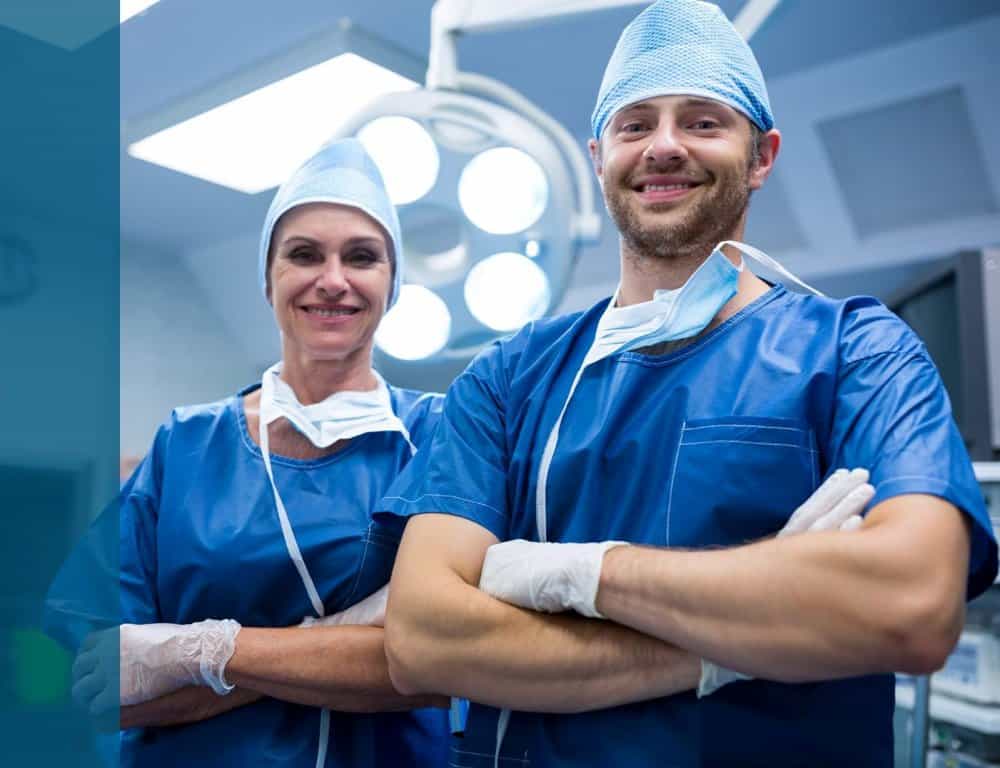 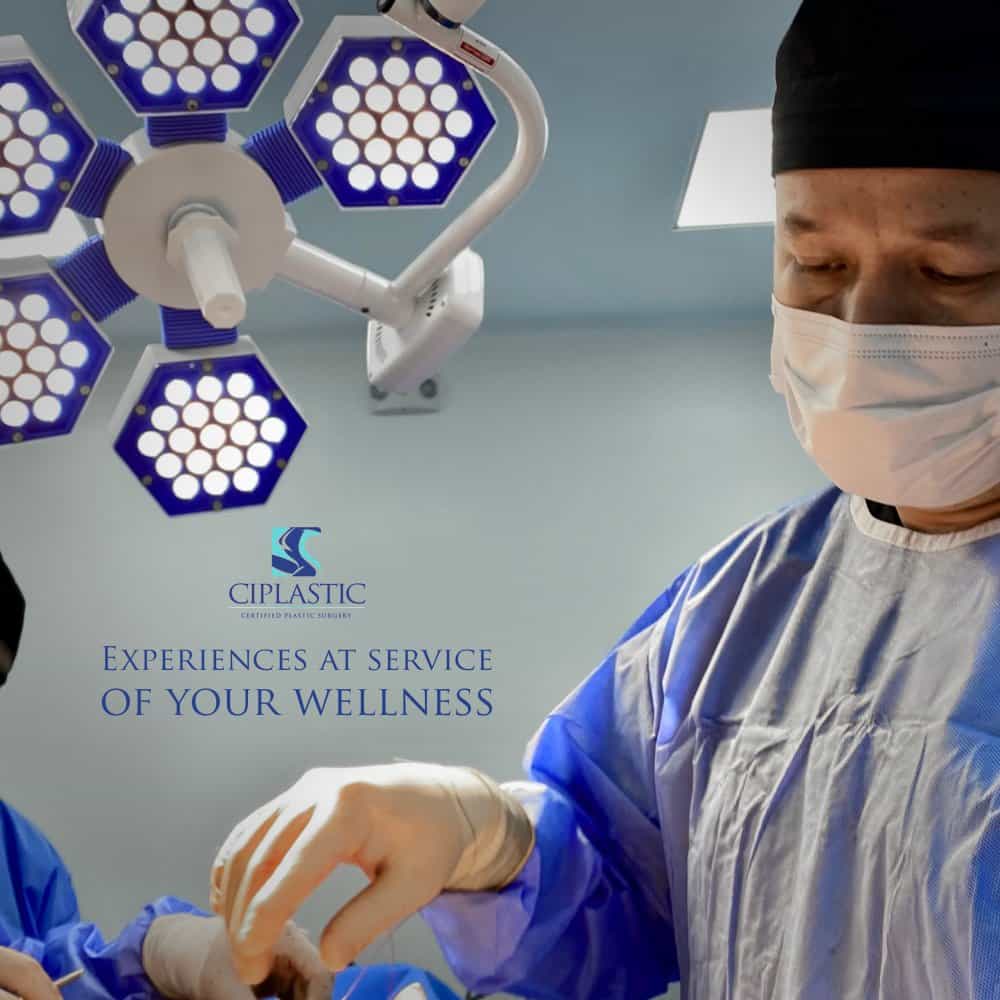 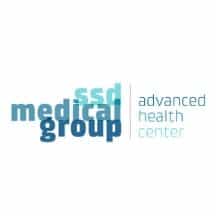