Dr. Matthew Tytherleigh was trained at St. Bartholomews Hospital in London, UK. His surgical training was at John Radcliffe Hospital, Oxford with Professor Neil Mortenson. In 2006, he was awarded the Fellowship of the Royal College of Surgeons of England (General Surgery). His research was undertaken at the Weatherall Institute of Molecular Medicine, Oxford with Professor Sir Walter Bodmer. He gained a Doctorate in Medicine (MD) for his thesis "The Antibody Treatment of Colorectal Cancer". Dr. Matthew spent his Colorectal Fellowship Year with Professor Les Bokey at the Concord Hospital in Sydney, Australia. 3 years later, he was awarded the Covidian Laparoscopic Colorectal Travelling Fellowship, spent at the same facility. He received other awards such as Royal College of Surgeons Research Fellowship, Oxfordshire Research Grant, Travelling Fellowships to Stockholm, Grenada, and Melbourne. Following completion of his training, he was appointed as a Locum Consultant Colorectal Surgeon at Addenbrookes Hospital, Cambridge and subsequently, to a substantive post at the Ipswich Hospital. Dr. Matthew has been instrumental in improving Guest safety and clinical governance issues and has implemented a number of initiatives including an enhanced recovery program. In 2011, he gained a Clinical Excellence Award for this work. Dr. Matthew specializes in colorectal cancer, laparoscopic (keyhole) surgery, inflammatory bowel disease and colitis, proctology (such as hemorrhoids, fissures and fistulas), fecal incontinence, prolapse and hernia surgery and advanced colonoscopy. To his credit, he has co-authored the Colorectal Surgery chapter in The New Airds Companion in Surgical Studies, the recommended UK surgical trainee textbook. He has published more than 20 research articles and presented nationally and internationally on over 30 occasions.

(2 reviews)
Learn More Request Info Chat With Us
Nowadays, health and youthfulness are two of the most desirable values, that is because in terms of healthy human development, well-being and a young appearance creates more success. In response to these needs, KCM Hospital was formed into the most modern international private Hospital in Poland, where the term healthcare finds a completely new meaning. Our Medical Team focus on fast and compre 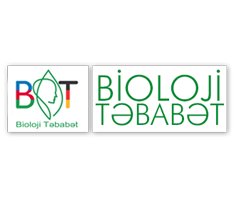 Hi! My story is short and instructive. I am a vegan, and organic treatment is important to me. I don’t use drugs or cosmetics tested on animals.I was diagnosed with arthritis of the knee, which the doctors said I developed because of nutrition and age. But I didn’t believe them. I was afraid of stem cells, but when I could no longer walk, I decided to give them try. Now I have an active lifestyle again. In the clinic, I was treated for only three days, but I immediately felt better. I believe that stem cells are the future of medicine, because this is a natural medical solution to preserve health. Thanks to ilaya for their natural medicine.

They were all very friendly. If you are thinking of traveling to Bangkok (Yanhee Hospital), I would say "everything will be alright!" Beautiful room, good food, great people and excellent surgery."

The personal was very good, they have experience and Dr.Anil was great.