When selecting an ART program, information is crucial. Important points for consideration

include the qualifications and experience of personnel, support services available, cost, convenience, pregnancy rates and multiple pregnancy rates. Every couple wants to use the most successful ART program, but many factors contribute to the overall success of a program. Cost-effectiveness ratio is one of the main issues to be considered. Charm treatment, psychological support and individualized assessment make a good program into a very good one, where you should feel comfortable.

Who need to undergo an ART

of unprotected intercourse. As the first treatment approach, most couples undergo controlled a controlled ovarian hyperstimulation with or without intrauterine insemination. As success rates is about 15% per cycle, ultimately, about half of these infertile couples will undergo an assisted reproductive technology procedure (ART) (in vitro fertilization (IVF) or intracytoplasmic sperm injection (ICSI)).

To decide what the most adequate treatment is, some screening tests should be done:

The use of donor oocytes in assisted reproduction techniques (ART) is becoming increasingly popular. Infertile patients with poor ovarian reserve, history of poor ovarian response to stimulation, those with multiple IVF failures or advanced maternal age, are among the patients commonly treated with donor eggs, in order to improve their chances of becoming pregnant.
In 1993, CEGYR started running an Egg Donor Program. The aim of this program is to allow getting pregnant to hundreds of women that every year would like to make true this dream but cannot use their own oocytes. Egg donation is an alternative that offers best pregnancy rates with low genetic disorders chances (lower miscarriage rate and lower chromosomal abnormalities than pregnancies with own eggs coming from older women).

The adavantage of doing it in with Dr. Glujovsky at CEGYR, Argentina

Most programs in United States use one oocyte donor for one recipient. Our program shares the donor egg cohort among 2-3 recipients (shared egg donor program), allowing for a very good pregnancy rate (55-60%) with a reduction of their waiting period and reducing costs since donor costs are shared by the various recipients, making this therapy affordable for most patients. Besides, as Argentine currency was devaluated in December 2001 and again in 2011, costs for foreign patients are still lower.

Egg donor program of CEGYR is one of the most popular, not only in Argentina, but also in Latin America. Every year more than 400 women receive donated oocytes, and about 20% of them are people coming from abroad (mainly from USA, Canada, Australia, New Zealand,Uruguay, Chile, Sweden, Netherlands, Spain, Mexico, Brazil and Peru).

Professionals working in CEGYR make it not only a high level medicine institution, but also guarantee patients a charm treat and a safe program as those running in USA. CEGYR has an ISO 9001 certification of quality, and follows the keys principles of the ACT (assisted conception taskforce).

Dr. Demián Glujovsky coordinates the Egg Donor Program of CEGYR. His background in Gynecology and Obstetrics with a specialization in Reproductive Medicine, and his studies in epidemiology, biostatistics and public health (Master of Clinical and Health Care Effectiveness) allowed him to run this program at CEGYR, an internationally-recognized high level fertility center that was founded in 1983.

All our voluntary egg donors are between 21 and 33 years old and they are screened following the American Society of Reproductive Medicine (ASRM) guidelines. Their medical personal and familial history is assessed by a geneticist. They have an infectious (HIV, hepatitis B and C and syphilis) screening. They also are evaluated for genetic diseases with karyotype and a large panel for more than 1500 genetic mutations (Recombine).

It is also important to do a complete evaluation of the recipient couple in order to minimize risks and optimize chances of getting pregnant. Age limit: women up to 50 years old. Screening checklist is the following (based in ASRM guidelines).

Intracytoplasmic morphologically selected sperm injection (IMSI) is a new development that may improve assisted reproduction pregnancy rates. This technology is a power light microscopy that allows embryologists to magnify sperm up to 6,000 times compared to the standard 200 to 400 times magnification associated with traditional fertilization approaches. The higher magnification can enable them to discard sperm which are less likely to produce a healthy embryo. The IMSI procedure may be a potential alternative to those couples whose semen analysis shows a severe teratozoospermia (severe alterations in sperm morphology).

Our medical and embryology staff has always been very concerned of morphology alterations. We have a very specialized team of biologists and embryologists that usually studies sperm samples in deepness. This way, we are more able to explain if there exists a systematic or a non-systematic pathology, and we assess about pregnancy chances using the own semen with a conventional ICSI.

IMSI makes it possible to discard sperm whose nuclei have an abnormal shape or contents. The optimum nucleus is smooth and symmetric, with an oval configuration. Using IMSI, the embryology team can identify any malformation or vacuole in the nuclear mass and they can choose the spermatozoa with optimal length and width.

Implantation and pregnancy by ICSI is associated with morphological nuclear normalcy of sperm. Sperm with a morphologically abnormal nucleus usually have low fertility potential, but some with certain nuclear abnormalities may still be able to produce pregnancy following ICSI. IMSI is still an investigational technology that is supposed to be at least as good as conventional ICSI, but has the potential of having better results in those cases that may benefit from it. Some papers have already published increased pregnancy rates. Nowadays, all over the world, hundreds of children have already born after doing IMSI. 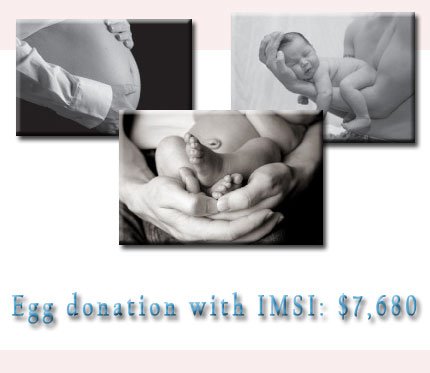 (Tunel Assay and measurement of Activated Caspases, and Annexin V Columns - MACS)Nowadays, standard assessment of the semen includes mainly the analysis of its concentration, motility and morphology. However, some studies have already showed that there are some other predictive variables in an IVF cycle: DNA fragmentation and early markers of apoptosis (programmed cell death) are important issues.

Tunel assay and measurement of activated caspases allow us identifying if the semen sample has a high index of DNA fragmentation and/or high level of early markers of apotosis, giving the patients a more precise assessment about their prognosis. Besides, the development of an experimental technique called Annexin V columns would let the embryologists "filter" the sperms with theses markers, and choose the good ones for doing the ICSI.

In CEGYR, semen evaluation is very important. There is a team of biologists working on this issue day by day. Both techniques, the evaluation of those markers (Tunel assay and activated caspases) and the filtering of the best sperms (Annexin V columns) are performed with initial very good results. 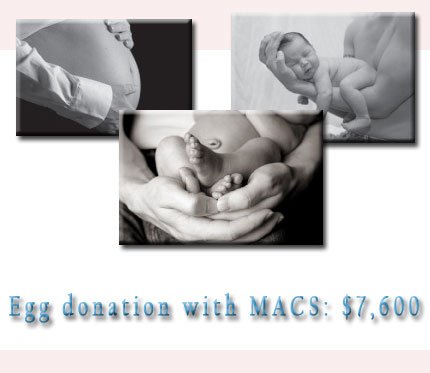 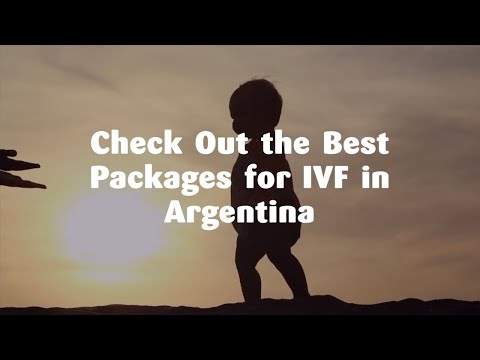 Check Out the Best Packages for IVF in Argentina 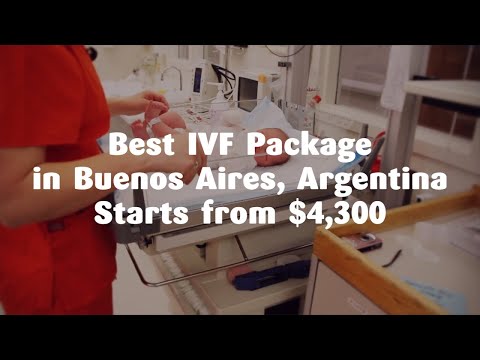 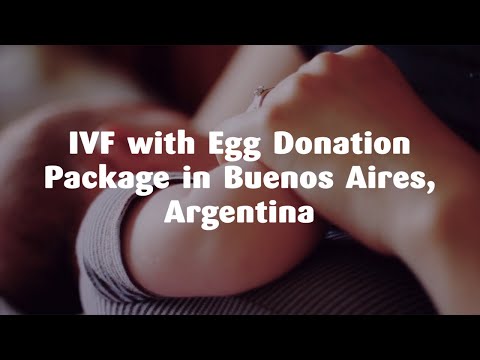 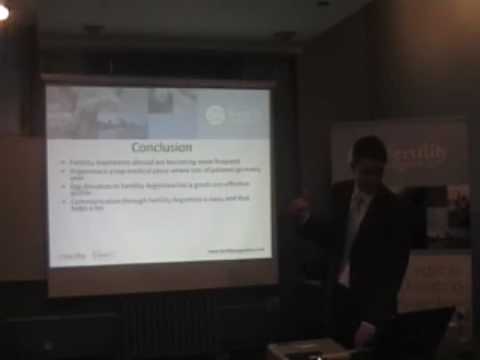 WORK AND PUBLICATIONS He has dedicated his professional life to helping couples with fertility problems. After of finis...

Bio Cofounder of the Institute of Human Fertility – inSer, a pioneer fertility center and IVF Institute in Medell...