Pradeep 36 years was post graduate in commerce and stenographer working in one multinational company, coming from low socioeconomic class. His father was local municipal worker and had mother and two younger sister in family. Since his college days Pradeep had to do part time job to support family. Pradeep was Good looking, handsome, with pleasing personality, very hard working, sincere, honest and meticulous. From start of his multinational company job he was liked by his colleague and officers.

To assist his officer he was visiting his house often and then was helping officer's family in their household work and purchase of grocery. Officers has only daughter – Versha – 22 years. Pradeep used to assist her in study and was dropping and picking up for her college occasionally. Slowly they developed love and with resentment, parents gave consent to marriage. Marriage was done with grand ceremony. When they married Pradeep was 30 and Versha was 26. As Pradeep was from lower socioeconomic class and Versha was only daughter, Pradeep was now staying at in-law’s place. Both Pradeep and Versha were caring much for each other and Pradeep never used to displease Versha on any issues.

They was brought to me by Pradeep's mother in law that after 6 years of marriage (Pradeep was 36 and  Versha was 32) for treatment of infertility. I saw they were investigated and treated by various infertility specialists, exhaustively for infertility. All infertility investigation was normal and was treated on different protocols - but no result.

I took Versha for examination - she was reluctant for vaginal examination. I advised post coital test. And told them to go to deluxe room of hospital and have sex relation and come back after one hour. On this advise both became anxious and had feared and showed typical bodily reaction. They were not ready to go in deluxe room. I told them ok, you do sex relation at home and come to hospital in one hour. They did not turn up for two months. The mother in law called me to know the progress of the couple. And I told them they had not come for post coital test.

Mother in law came with couple. I interviewed couple one by one for psychoanalysis. On detailed interviewed Pradeep revealed that on first day of marriage night I tried for sex relation. But Versha never opened her nicker in front of Pradeep – on first day she only slight lowered her nicker and immediately took up. Pradeep discussed this with his good friend. His good friend told him that you are impotent. And you will not be able to do sex relation any time. On this words Pradeep thought really so. These words engraved on his mind and then from that day he never attempted for intercourse. They only had for play but never intercourse. Versha was very orthodox. She hardly, for few minutes only, removes her nicker that too only for change at bath. Otherwise she does not remove her nicker at any time.  She never believed that intercourse is necessary for getting pregnant.

It took me six sittings – from explaining physiology to psychology – role of women hood and male person in world - to make then understand. I also had three hypnotherapeutic sessions and I gave CD recording to hear at home. Both were very cordial and cooperative during all sittings and were very punctual. They had complete satisfaction of my treatment.

On 5th months of Versha conceived and delivered at full term normally male child. That child at present two and half year and Versha is again pregnant.

Which are the best IVF Centers in India? 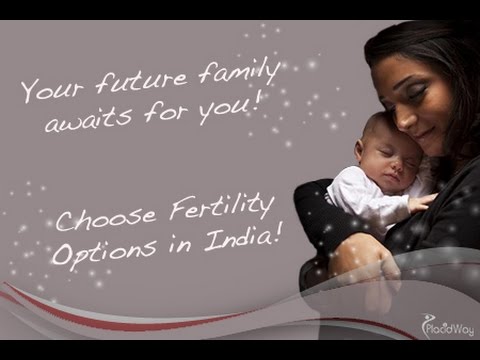 Rajender and Poonam Complete there Family with Help of Dr.Rita Bakshi in New Delhi India

Key Information on the Best Fertility Treatment in India

Get the significant solution to fertility treatmen...

Getting IVF Treatment in India Can Be a Great Decision

Infertility is a growing problem in today’s ...

Fertility is the whole-body, not something that...

Times are changing, and consumers have more opt...