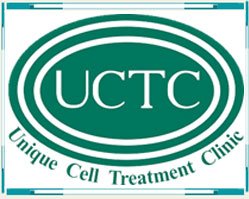 Multiple sclerosis (MS) is a chronic demyelinating disease of the brain and spinal cord, which is characterized by the development of scattered (in time and space) demyelinating lesions and multiple neurological symptoms; disease is characterized by undulating course (state of remission with periods of exacerbations), and usually it slowly progresses. Except for injuries, MS is the most common neurological cause of disability in young adults (20-40 years).
Multiple sclerosis is an autoimmune disease which is based on a process aimed against the myelin sheath of nerve fibers, while the axon remains intact, and its atrophy is a consequence of the destruction of the myelin sheath, wherefore a nerve ceases to transmit impulses. The cause of the autoimmune process is not exactly clear, but the most common are the interaction of external and internal factors. External include viral infections (EBV, HHV6), bacterial infections, toxic substances and radiation exposure (including solar), geographical and environmental factors, traumas, stressful situations. The internal factors include immunodeficiency, genetic predisposition, related chronic diseases, smoking.
Multiple sclerosis plaque is a focus of chronic inflammatory demyelination. Acute development of symptoms in the early inflammatory demyelination is associated with edema and impaired impulse conduction along the fiber. Later of basic importance is myelin destruction at different levels of the nervous system (scattering), which causes a variety of clinical symptoms.
Application of suspensions containing fetal stem cells in patients with multiple sclerosis (also known as "disseminated sclerosis" or "encephalomyelitis disseminata") gives maximum effective results in all forms and stages of this disease. UNIQUE CELL TREATMENT CLINIC has developed and successfully applies its own method of multiple sclerosis treatment with the use of stem cells. The mechanism of action of multiple sclerosis treatment is very simple: by restoring the immune system competency, fetal stem cells stop the autoimmune reaction of destroying one's own myelin proteins, thus making it possible to achieve a stable and long-term remission. Influenced by various factors they proliferate and differentiate into neural tissue. This allows the body of the person to minimize the clinical manifestations of the demyelination process, to improve the dynamics of neurological functions recovery, significantly improve the quality of life.
Why Stem Cell Therapy?
Stem cell therapy allows to achieve the most successful results in curing of people with relapsing-remitting form of encephalomyelitis disseminata (in 90% of the cases a stable remission is achieved, that lasts 2-2.5 times longer than usual). Multiple sclerosis treatment of persons with other types of this disease reaches a stable remission in 55% of the cases. Effects of our recovery remain for many years. Our patients report absence of disease progression, preservation of working capacity, improved quality of life. Typically, people who apply to us undergo repeated courses of healing of multiple sclerosis at intervals of 1.5-2 years.
Effects of Multiple Sclerosis treatment our clinic provides
Administration of fetal stem cell suspension in patients with multiple sclerosis, as a rule, leads to immediate improvement of psycho-emotional condition of the person, while neurological effects need some longer period of time to develop. As a result of multiple sclerosis treatment more than 90% of the patients show syndrome of the early posttransplantation improvements, which manifests in improved mood and appetite, appearance of vivacity, decreased weakness. Moreover, 63% of the patients observe deep psychosomatic changes: decreased depression, anxieties about future, phobias. They are more confident in their recovery, have improved working capacity and better ability to concentrate their attention (it helps, for example, in achieving better results in professional and learning activities).
During the first year after stem cell therapy, many our patients demonstrate eyesight recovery, elimination of depression, improvement of their mental abilities as well as emotional sphere. Such disorders as speech and motor disturbances, dysfunction of pelvic organs and disturbances of gastrointestinal tract also retreat, but it requires more time. Such patients (about 72%) should repeat a healing of multiple sclerosis in a year. Patients with primary progressive forms of multiple sclerosis report that the disease stops progressing in 3 to 6 months after our stem cell treatment. You should remember that reconstitution of the nervous system is a long process that requires much patience.
Fetal stem cells treatment of multiple sclerosis has a pathogenic character and has several directions:
Restoration of myelin (by cells of mesodermal origin) - remyelination.
Restoration of damaged neurons and their processes (by cells of ectodermal origin).
Correction of immunity, so-called replacement of inadequate, sick immune cells with healthy donor cells, that leads to a sharp reduction of autoimmune reaction aggressiveness.
Fetal stem cells are the only source of neuroectodermal stem cells of natural origin - neuronal precursors, therefore their use in the treatment of neurological disease is most effective comparing with other types of stem cells.
The effectiveness of treatment depends on the initial state of the patient and the rate of disease progression. Treatment started at the first attack or immediately after it can stop the process at the stage of inflammatory demyelination and prevent causing myelin destruction, which in turn won't cause neuronal damage and the recovery will be more complete as the main task will be the immunity correction. If the treatment is carried out when there are already formed foci (they are usually seen on MRI), then the treatment will be aimed at immunocorrection, restoration of the myelin sheath and damaged nerve, but it will take more time, so it is very important to begin the complex pathogenetic treatment of MS using FSC as soon as possible.
Treatment at the UNIQUE CELL TREATMENT CLINIC by the method of Prof. Smikodub leads to a significant improvement of the patient's condition, its effect is far superior to the most modern methods of multiple sclerosis treatment. Besides the remission of the main disease is also observed improvement of the general condition and quality of life of the patient.
Cell treatment in most cases is easily tolerated by the patient and depending on the severity of patient's condition takes from 1 to 5 days.

Professor Alexander Smikodub Sr. is a recognized world leader in developing of methods of stem cell treatment. We have achieved outstanding positive results in treatment of such conditions as aging, functional disorders of internal organs, impotence, menopause, infertility, chronic fatigue syndrome.
Unique Cell Treatment Clinic has a positive experience in treatment of diseases of various organs and systems where the main mechanism for the development of the pathological process is an autoimmune response against its own cells and proteins, and multiple sclerosis is not an exception here.
Effects of the treatment with fetal stem cells in many diseases and conditions are far beyond the capacity of all other modern methods of treatment.
Stem cell therapy is very effective for restoration of various organs and tissues, for fighting against incurable and inveterate diseases.