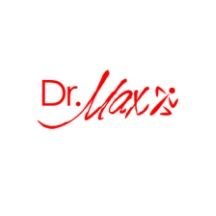 Did you lose your mobility in your knee? Do you constantly suffer from pain in the knee?

The advanced minimally invasive anterior cruciate ligament repair in Puerto Vallarta, Mexico will get you back in shape - less pain, more gain!

The anterior cruciate ligament can be injured in several ways:

Around half of anterior cruciate ligament injuries occur along with damage to other parts of the knee, such as meniscus, other ligaments or articular cartilage.

Injured ligaments are considered "sprains" and are graded on a severity scale.

Grade 1 Sprains - The Ligament is only slightly damaged. It has been slightly stretched but it is still able to keep the knee joint stable and semi-functional.

Grade 2 Sprains - The ligament is stretched to the point where it becomes loose. This is referred to as a partial tear of the ligament.

Grade 3 Sprains - This is referred to as a complete tear of the ligament. The ligament is split into two pieces, making the knee joint highly unstable.

Most ACL tears cannot be stitched back together and in order to surgically repair the ACL and restore full knee stability, the ligament must be reconstructed by the doctor. Your physician will replace your torn ligament with a tissue graft. The graft acts as scaffolding for a new ligament to grow on.

Grafts can be taken from several places. They are usually taken from the patellar tendon, which runs between the kneecap and shinbone.

Each graft source has advantages and disadvantages. These issues will be discussed with your doctor in order to insure the best possible choice.

After the procedure is complete, it may take as long as six months before the knee will return to full working capacity.

“Dr. Max Greig, very professional, very friendly, personal touch was second to none, I never knew a doctor as well as I do Max. I feel like I was more informed going into surgery before and after than anything I had in the states, it seemed like in the states I was on a need to know and here they answered any questions I had.” R. W.

How much does the anterior cruciate ligament repair cost?

Note: The hotel reservation can be made by the hospital representative at request.

The surgery necessary to repair the anterior cruciate ligament is minimally invasive. An arthroscope is used and incisions are very small. The benefit of this surgery includes less time spent in the hospital, quicker recovery times and less pain from surgery.

AskDr. Max Greig for a quote and specific details on