Stem cells: what are they and why are we writing about them? Well, they’re actually amazing little things, and even more amazingly, Ukraine seems to be quite a force in understanding and using them. But they’re controversial too, aptly demonstrated on 18 October, when an important European legal judgement banned patents arising from embryonic stem cell research. Here too it seems slightly sensitive, with some Ukrainian institutions refusing our request for an interview. Undeterred, and never one to duck a controversy, we dusted off our microscope and set about investigating. Helping us was Serhiy Martynenko, Director of Kyiv’s Institute of Cell Therapy.

Everyone’s heard of them, and most of us know that they’re controversial, but not many of us know what they are or do. So before we start, a brief introduction is probably required.

Cells in a Nutshell 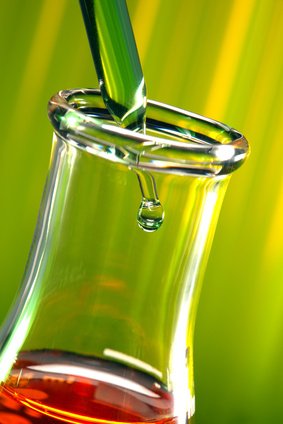 Most of the cells in our body have a specific function or speciality, and get on with doing what they're supposed to do. They could be brain cells, tissue cells, red blood cells, organ cells or muscles cells. But we also have a small number of cells in our body that are unspecialised, with no specific function.  These are stem cells. They’re the cell-equivalent of a clean slate, a blank canvas, a ball of clay in a sculptor’s hands. Like students, they just wander around aimlessly, fully-educated but hopelessly unable or unwilling to decide what to do with their life. If these cells were teenagers, they’d smoke, drink and read philosophy. They’re a pile of potential, just pondering their life purpose.

What makes them amazing is that they can become specialised under certain conditions. They can be induced to become specific cells, with specific functions and characteristics, like those listed above. So they can become what the body needs. Not only that, they can renew themselves, potentially without limit. They can even do this even after long periods of inactivity. They divide and replenish other cells, replacing those that are worn-out or damaged. With a little work, they could become the ultimate human repair kit.

Courting Controversy
Whilst the use of adult and cord blood stem cells does not raise any ethical questions, the same cannot be said of the use of embryonic stem cells. However, the furore seems to be overblown. Many of those who shout and scream at the very mention of stem cells do so because they have images of babies being harvested for their cells, only to then be thrown in an incinerator. It’s not quite like that. Embryonic stem cells are usually provided for research and treatment by in-vitro fertilisation (IVF). The woman’s eggs are taken from her ovary and fertilised in a laboratory. Once an egg has been successfully implanted back into the woman, she has no need for the surplus eggs, and has the option to donate them to be used in stem cell research/treatment. The fertilised eggs would likely get destroyed if they were not donated.

The controversy comes when people started linking this to abortion, and it reignites the debate as to when you can labelling an embryo a life. Some think life comes at the point of fertilisation. Others say that a bunch of cells cannot realistically be called a life. What’s On doesn’t take a view on the rights or wrongs of using embryonic stem cells, just as we don’t take a view on abortion. We do, however, take a view on whether stem cell treatment is good. It clearly is. The list of those it has helped is long and growing.

At the Institute of Cell Therapy, Serhiy Martynenko explains that they use only cordblood stem cells, as they carry an advantage over embryonic stem cells. Because embryonic cells do not yet carry a ‘full’ set of information (“a cell does not yet know who she is”) they are unable to understand the signals of the body, which can sometimes lead to the cells developing in the wrong way, and in the worst case can lead to tumours.

The Institute specialises in pathologies such as diabetes and cirrhosis of the liver, and they offer treatment for critical limb ischemia, pancreatitis and other chronic diseases. He says that success rates are substantially higher than those of traditional techniques. “Compared with traditional therapies, cell therapy has established itself as a highly effective method of treatment, so the likelihood of a positive treatment outcome with some pathologies is many times higher than traditional methods.”

The Ukrainian Connection
He also explains that it is often used as a ‘last resort’ by many, after people realise that for chronic diseases, some traditional methods can prove powerless. He says he is aware of the stigma and controversy and explains that a lot of the bad feeling comes from people who don’t know the details, who lack awareness and who distrust anything new. He worries that their distrust affects the perceptions of society at large.

Far from distrusting it, Ukraine is one of the few countries to embrace stem cell therapy both scientifically and legislatively. Many people from the western world come here for treatment because it is illegal in their home country. Some cases generate media attention, such as the young American boy Myles Cook, who came over in the summer for treatment. He has Duchenne Muscular Dystrophy (DMD), a potentially fatal degenerative muscle disease that causes difficulty in breathing and walking. Additionally, Ukraine is using stem cells to help cure some types of cancer and to aid recovery from treatments such as chemotherapy or radiotherapy, which suppress the immune system. Ukrainian organisations are at the forefront of this field, and even hit the news recently by pioneering stem cell treatment for dogs!

There’s good reason for Ukraine’s expertise. The Chornobyl disaster created – and continues to create – health problems in the country, and stem cell treatment has the potential to treat those suffering from the effects. “Our expertise is rooted in the work of Ukrainian scientists in the 1980’s when Ukraine (as part of the USSR) was a world leader in cryopreservation and stem cell use. Today, Ukraine is still among world leaders in this field of science.”

Beyond the Horizon
The Institute of Cell Therapy is one such organisation that offers not only stem cell treatment but also stem cell storage. Doctors take and store your baby’s stem cells from the umbilical cord at birth, and cryogenically store them. The idea is that if your child needs stem cell treatment later in life, it’s best to use their own stem cells, so there is less chance of the body rejecting the treatment.

At the moment, the treatment fees are prohibitively expensive for most people, and whilst the exact cost depends on things like the pathology and progression of the disease, treatment at the Institute starts at 20,000hrv. The 7-day hospital visit only partly explains why this figure is so high, and many hope it will get cheaper with time.
Where else does Martynenko see the future lying for stem cells? “The stem cell horizon is widening every year. The world’s leading medical schools and drug companies are investing huge amounts into it, because it is currently the most promising area in medical science. The main work of scientists around the world will now be focused on cultivating stem cells for organ transplantation.”

The sheer potential of mastering stem cells’ ability to go about fixing the body’s problems means the whole field is an exciting area of science. Knowing (and being able to recreate) the processes that make these little buggers specialise and reproduce indefinitely is a stem cell scientist’s Holy Grail. It’s good to know that in one area at least, Ukraine can claim to be at the forefront of cutting edge science.